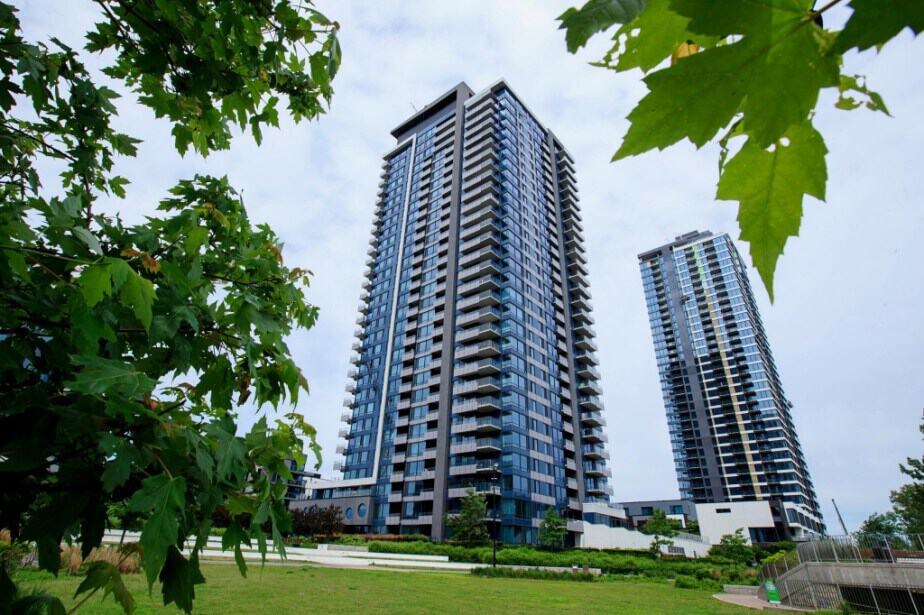 Montreal’s economy is operating at full capacity. The evaluation roll that will be filed upon return from the holidays will reflect this collective enrichment with increases in residential values of nearly 30% in certain areas of the Island of Montréal, according to an analysis of thousands of transactions conducted on behalf of La Presse. Find out what you can expect.

The market has recently favoured sellers of homes and small rental buildings located on the West Island and in central neighbourhoods. The next Montreal assessment roll, which will be filed in September, will report on this, according to an analysis by Montreal-based land data compilation firm JLR.

On an island wide basis, it is expected that the property values of homes on the roll will increase by 15 to 20%. Plexes, these small buildings with two to five units, earn 12 to 15 per cent. Condominiums close the gap with a variation that varies between 8% and 12%.

JLR’s analysis, which covers more than 20,000 transactions concluded between January 1 and December 31, 2018, makes it possible to estimate the average increase in the municipal assessment that awaits property owners when they file their next roll.

This is the sixth time that the firm JLR has carried out this type of analysis prior to the filing of the role. This exercise has proven successful in the past.

According to JLR’s forecasts, the increase in values will be almost triple what it was in the previous role. The 2017-2018-2019 role, which took 2015 as its reference year, showed an average increase of 5.8% in the residential sector.

To obtain a second opinion, La Presse compared JLR’s results with the evolution of the median price of housing resold through the Centris system between 2015 and 2018, with economist Francis Cortellino of the Canada Mortgage and Housing Corporation (CMHC). Centris is the central database of real estate brokers.

Mr. Cortellino notes that houses and plexes are more popular than condos. It confirms the sustained performance of the West and Central parts of the island, while the East of the Island of Montreal posted modest increases in value.

Reversal in the West

The good performance of the West Island marks a reversal of the trend from the two previous roles.

To refresh their memory, it should be noted that the value of condos had fallen in Baie-d’Urfé, Côte-Saint-Luc, Hampstead and Sainte-Anne-de-Bellevue in the 2017-2018-2019 roll. As for the evolution of house values, it ranged from -1% in Montreal West and Hampstead to 6.4% in Dorval. In short, nothing spectacular.

It will be a completely different story next September, as the homes of Kirkland, Beaconsfield, Mount Royal and Hampstead show increases in value that approach 30% in three years.

Southwest, Westmount, Verdun (including L’Île-des-Soeurs), Montreal West and Pointe-Claire will not be far behind with an appreciation of nearly 25%. Then come Baie-d’Urfé, Côte-des-Neiges-Notre-Dame-de-Grâce, Ville-Marie (downtown), Dorval, Rosemont-La Petite-Patrie, Côte-Saint-Luc, Le Plateau-Mont-Royal, Lachine and Outremont, which increased by around 20%.

“The resale market has been favourable to sellers on the West Island since 2016. Since the beginning of 2018, the sector has become extremely seller-friendly, with a ratio of 3 to 4 sellers per buyer [while the ratio for a balanced market is 10], which has contributed to an increase in prices.”

– Francis Cortellino, from the SCHL

A catching-up phenomenon cannot be ruled out, given that the increases recorded in the West during the two previous roles were lower than the agglomeration average.

“What can have an impact in the West is EMN’s announcement,” says Joanie Fontaine, senior economist at JLR, who analyzed the data for La Presse. “We know that efficient public transit increases the value of nearby properties.”

Other hypotheses that may explain the upturn in the West include the presence of foreign buyers in the more affluent English-speaking neighbourhoods.

Finally, western neighbourhoods, with a large proportion of Anglophones, a mobile population, may be more correlated with prosperity. When the local economy is in trouble, they leave in large numbers and the value of homes suffers. On the other hand, when the lights are on green, it is the return of the pendulum.

However, Montréal ranked among the top Canadian cities in 2017 and 2018 in terms of gross domestic product growth.

“Montreal is probably one of the cities in Canada that is doing the best with a positive net migration,” says Charles Brant, Director, Market Analysis, of the Association professionnelle des courtiers immobiliers du Québec. “It is a city that clearly attracts much more than before.”

The performance of the West must not overshadow the popularity of the central districts, which has not waned in the last 10 years. The Verdun area located on the Island of Montreal stands out, with increases of 30% and more for houses and plexes and more than 15% for condos. Despite its rise, Verdun remains $200,000 cheaper than Plateau Mont-Royal for plexes and houses and about $60,000 cheaper for condos.

In terms of changes in value in condominium ownership, the top spot is in the wealthier areas of the central part of the island: Westmount and Mont-Royal recorded increases of more than 15%. Then come Pointe-Claire, Le Sud-Ouest, Verdun (including L’Île-des-Soeurs), Outremont and Dollard-des-Ormeaux.

Downtown and Plateau-Mont-Royal are at 12%, Rosemont-La Petite-Patrie at 10%, as are Côte-des-Neiges-Notre-Dame-de-Grâce. Here again, the East is closing the gap.

“The resale market for the condo took longer to tighten than for the house,” says Cortellino. “It was a buyer’s market in 2016; then a balanced market in 2017, and it only became a seller’s market at the end of winter 2018.”

The East lacking in love

The blue metro line that has been promised to Anjou for 30 years, the repair of Notre-Dame Boulevard postponed indefinitely, the Pie-IX rapid bus service suspended for 16 years, industrial wastelands that have been waiting to be decontaminated for decades: the East has long been lacking in love….

Buyers are well aware of this and are setting their sights elsewhere. As a result, the changes in the value of condominiums located east of Viau Street are struggling to cover inflation, at a time when Montreal is experiencing its best moments since Expo 1967. The picture is no better for homeowners.

It was the same scenario when the previous role was filed, with one exception.

East of Viau, condominium values this time range from -3% to 6.2%. The increase across the island, it should be remembered, is around 10%. It is not impossible that we may see decreases in value for condos located north of the Metropolitan in Anjou, in the eastern part of Montreal North and east of Viau Street in Saint-Léonard.

“There is a need for investment in the East,” says Christine Fréchette, President and CEO of the Chambre de commerce de l’Est de Montréal, which covers the territory east of Saint-Laurent Boulevard.

“One thing that makes a sector attractive is the ability to get there in many ways. In the East, the development of public transport and alternative transport is still deficient. From the moment we take action, it will change the situation. “

A first step was taken with the Eastern train from Mascouche, which was supposed to bring the East closer to the city centre. Unfortunately, it appears that its frequency is insufficient, according to Ms. Fréchette. For her, the strength of the East lies in its affordability.

The only areas that do better than inflation overlap the streets north of Sherbrooke, which are served by the L’Assomption, Cadillac, Langelier and Radisson metro stations, and by the Mercier sector, between Viau and the A25 which leads to the bridge-tunnel. The latter shows an increase of 5.3%, while the areas north of Sherbrooke are at 6.2% for Cité-Jardin-Nouveau-Rosemont, and 4% for the neighbourhood located between Dickson Street and the A25.

As for the house, the increases remain significantly lower than the island’s score, which is between 15 and 20%, according to JLR. Anjou is at 7.2%, Montreal North at 5.6%, Saint-Léonard at 5%, Rivière-des-Prairies-Pointe-aux-Trembles at 4.8% and Montreal East at 2.8%.

“The Montreal North and East End areas of the island are the least tight markets on the island,” says Francis Cortellino, market analyst for the Canada Mortgage and Housing Corporation in Montreal. Transactions are keeping pace, but the stock of products for sale remains more abundant than elsewhere.

Once again, the neighbourhoods surrounding the green line metro stations north of Sherbrooke, attached to the Rosemont-La Petite-Patrie Borough, are experiencing higher increases in value.

Montreal North and the eastern tip are still below the regional median for duplexes. On the other hand, Anjou and Saint-Léonard follow the median, which is around 12%. The Mercier and Cité-Jardin-Nouveau-Rosemont neighbourhoods, which have already been mentioned, are a rare exception and do better than the island as a whole.

According to Montreal East Mayor Robert Coutu, the popularity of neighbourhoods is following a cycle. His city had its turn on the 2007 roll (59% increase in values in Montreal East compared to 50% for the island).

Whoever is running in the next federal election under the Conservative banner believes that the stars are aligned for the East and for his city. Its vacant land is attracting investor interest. He notes that some modest houses, such as the Wartime Housing units on Avenue Champêtre and Avenue Lelièvre, are being demolished to make way for brand new duplexes or triplexes, increasing his city’s tax base. Above all, there is a lack of a proper public transport system, he acknowledges.

With a new role, we get the picture of rising and falling neighbourhoods in the heart of Montrealers. While waiting for the next role to be played, JLR’s analysis already gives an overview of the districts in vogue… and those that have already been in vogue.

Walking around Griffintown is a constant source of surprises. The landscape changes with the new towers that emerge from the ground. This sought-after neighbourhood benefits from a 16% increase in values in the condo, well above the island’s median. With 530 condominium resales in 2018, more condominiums were sold there than anywhere else on the island, including L’Île-des-Soeurs and the Gay Village.

With the opening of the new bridge and the arrival of the EMN in 2021, L’Île-des-Soeurs will finally see better days. Recently, its residents have swallowed dust and endured traffic jams. The increase in the value of condos is in line with the regional median, at 13%. At a median price of $395,000, the neighbourhood is cheaper than Little Burgundy (south of Saint-Antoine and north of the Lachine Canal, between Atwater and Guy streets). We never thought we’d write this one day.

The price paid for the houses in Pointe-Saint-Charles (south of the Lachine Canal, between the Victoria Bridge and the A15) will always surprise us. The appreciation of the value of single-family homes in this southwestern neighbourhood exceeds 30%, one of the highest on the Island of Montréal, between 2015 and 2018. Located more than 20 minutes walk from the Charlevoix metro station, this two-storey townhouse, although not without character, is located at the end of a cul-de-sac overlooking a rail yard. Its purchasers paid $616,000 in May 2018, a price representative of the median price in Pointe-Saint-Charles.

The wealthy French-speaking neighbourhood is losing ground. Second in prestige behind Westmount since time immemorial, the Borough has been caught up by Hampstead and is now being heated by Mount Royal. The explanation? Asian buyers who have been active in the Montreal market since 2016 prefer English-speaking neighbourhoods. The increase in house prices reached 20%, comparable to the regional median, but was considerably lower than in Westmount (+27%), Hampstead (+27%) and Mont-Royal (+28%) during the period.

Hochlag’ or HoMa? It depends on the product. From the railway line to Pie-IX, the condos show signs of shortness of breath (+8%) north and south of Ontario Street. Plexes, whose offer is necessarily limited because they are no longer being built, are as popular as ever. This is evidenced by the increase in values which exceeds 20%, well above the Island wide result (between 12% and 15%). In 2018, the median prices were $244,000 for the condo, $512,000 for the duplex and $465,000 for the house. 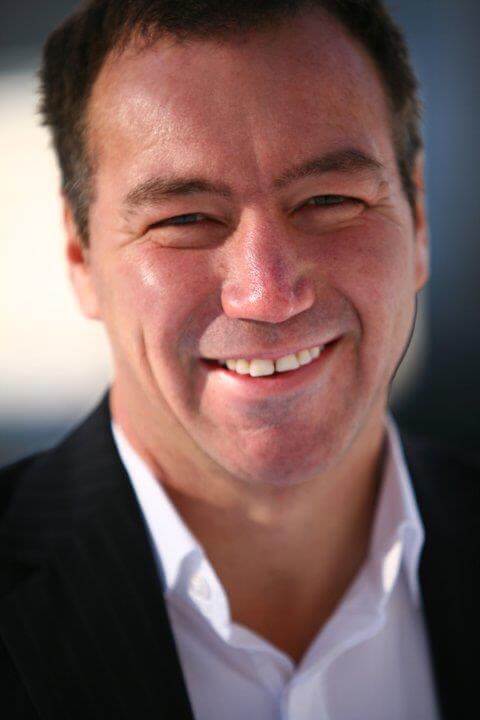 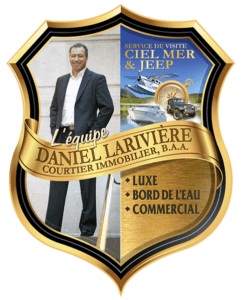 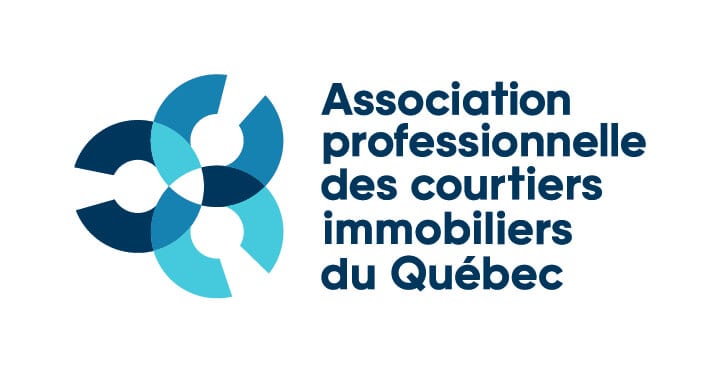